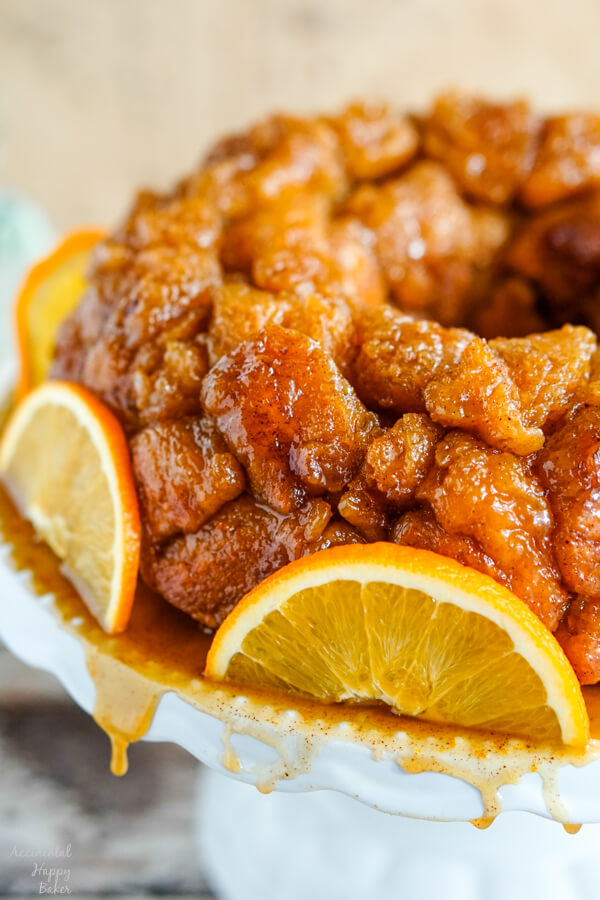 Soft and fluffy biscuit pieces are rolled in orange zest, cinnamon, ground cloves and sugar before being doused in a homemade orange syrup and baked into a golden brown syrupy pull-apart treat!

Growing up my Grandmother always made us cups of orange spiced tea in the winter when we came in from playing outside. There’s just something about the combination of oranges, cinnamon, and cloves that is so comforting and homey. I knew that these flavors would make a fantastic monkey bread. 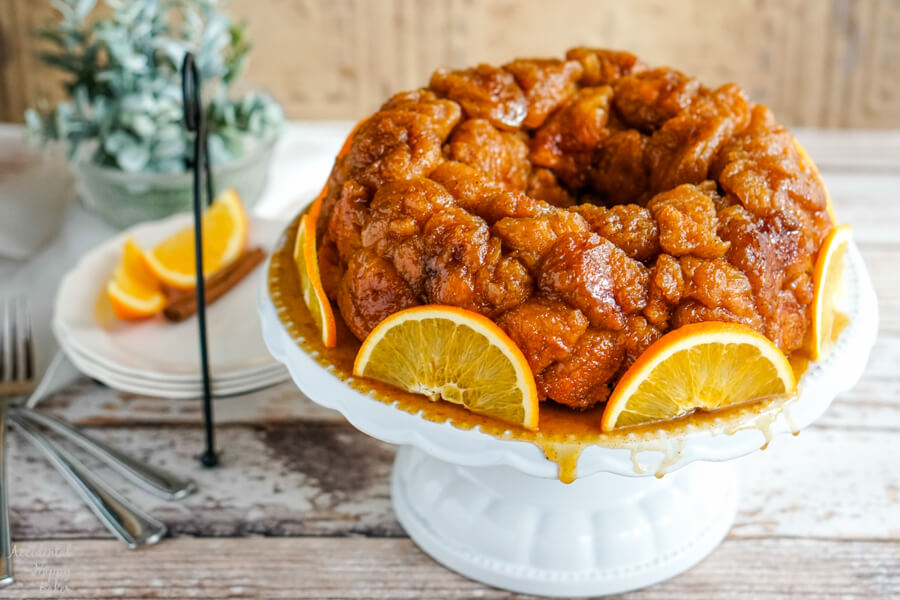 Sidenote: Any time I make this my kids all squeal, “Monkey Brains,” and I say, “ It’s monkey bread!” Does anyone else out there call this monkey brains or just my weirdos? 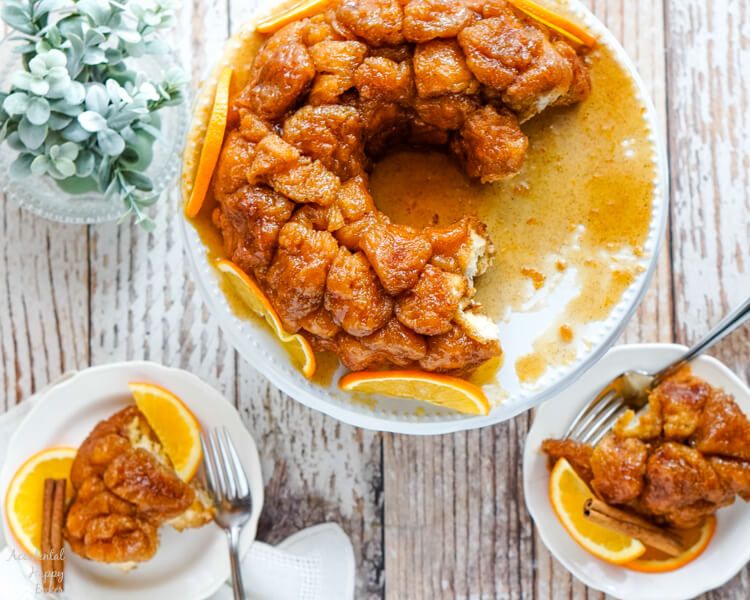 You’ll also need a bundt pan. I know there are lots of fun styles out there, but for monkey bread I recommend just a plain old school bundt pan like this one on Amazon. Why? The shallow ridged shape allows the finished bread to hold together better and gets the most even coating of syrup.

To make orange spiced monkey bread you’ll start by zesting 2 navel oranges. You’ll need ⅓ cup of fresh squeezed orange juice for the syrup later, which is equal to about one orange. So at the end of making this recipe you will have one naked orange leftover to do whatever you want with. 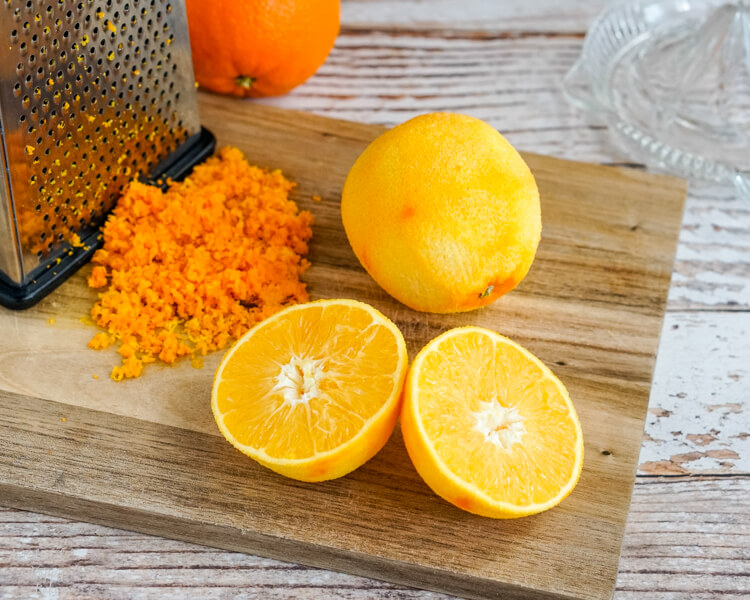 Next, cut each biscuit into approximately 4-6 pieces. I like using a pair of kitchen shears for this task, but a knife works fine too. 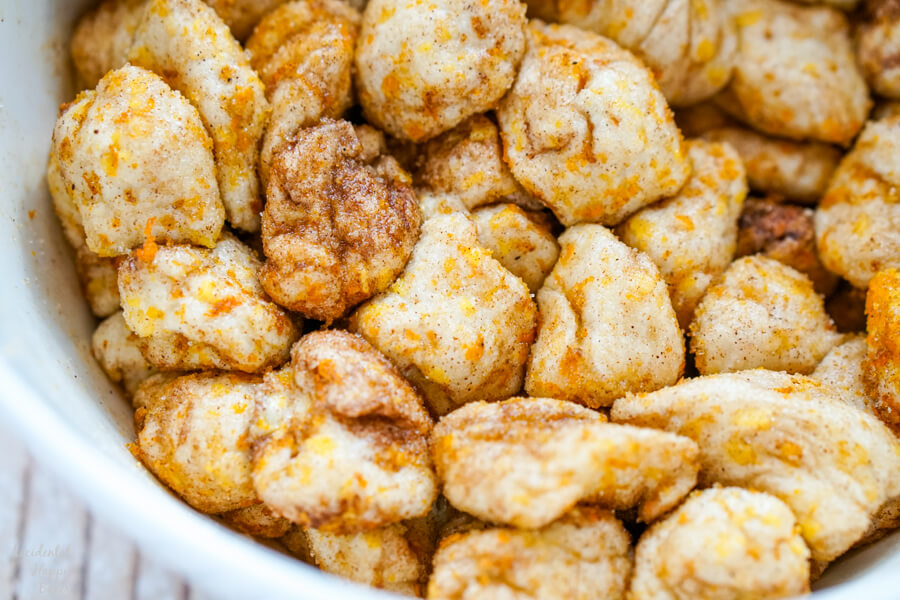 Roll each piece of biscuit dough in the sugar mixture and then place in your greased bundt pan.

In a small pan combine the ingredients for the syrup and heat just until the mixture comes to a boil. Pour the syrup over the biscuits in the bundt pan and bake it until it’s golden brown. Turn out onto a serving platter to remove from the pan. 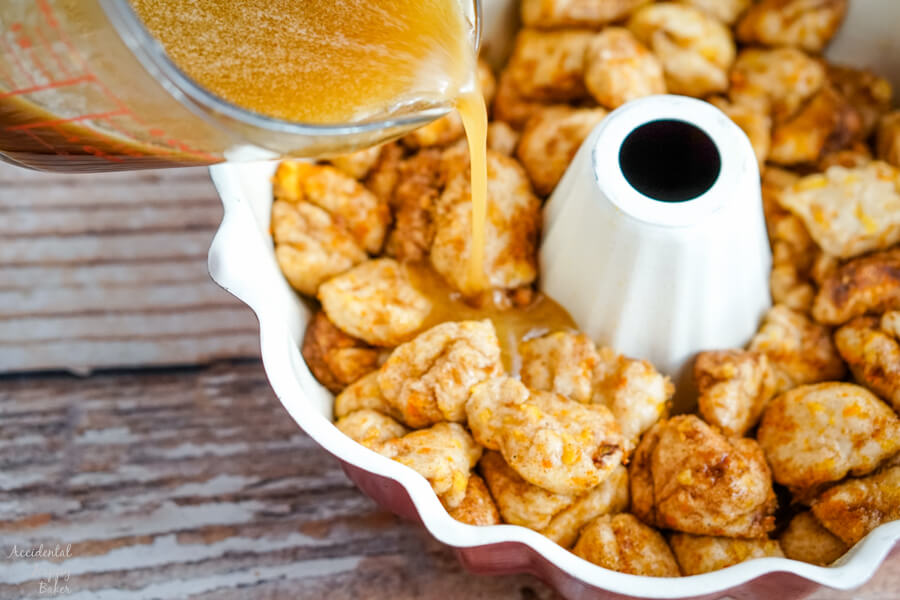 A note on serving monkey bread. When you turn out the monkey bread, there is going to be a bit of syrup! Try to pick a platter with a lip so the syrup doesn’t run over the edge. I planned to have the glaze dripping off the platter for pictures, but in real life it’s a pain in the butt to clean up.

If you love monkey bread you might also enjoy my Blackberry Monkey Bread. 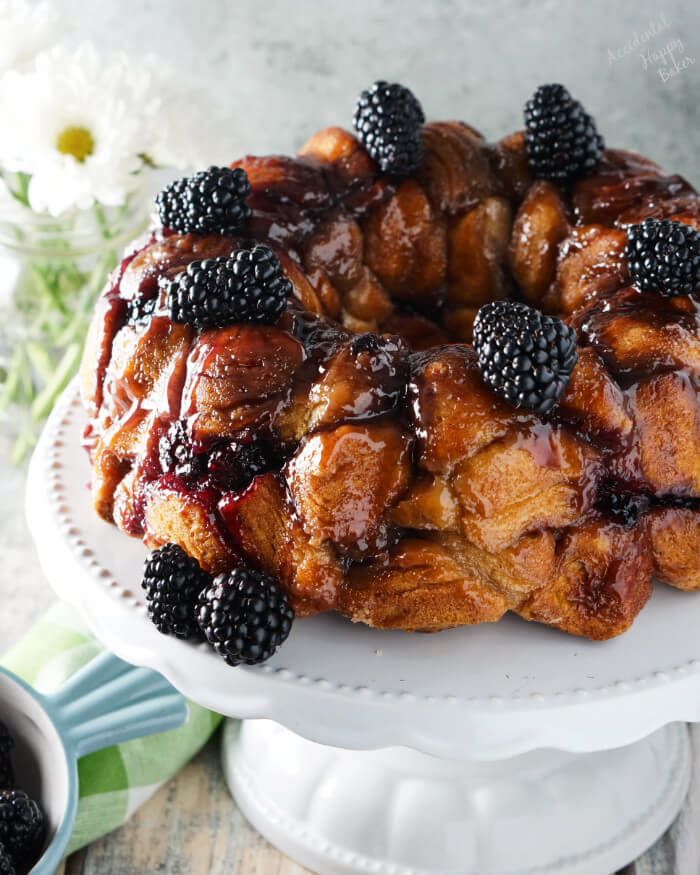 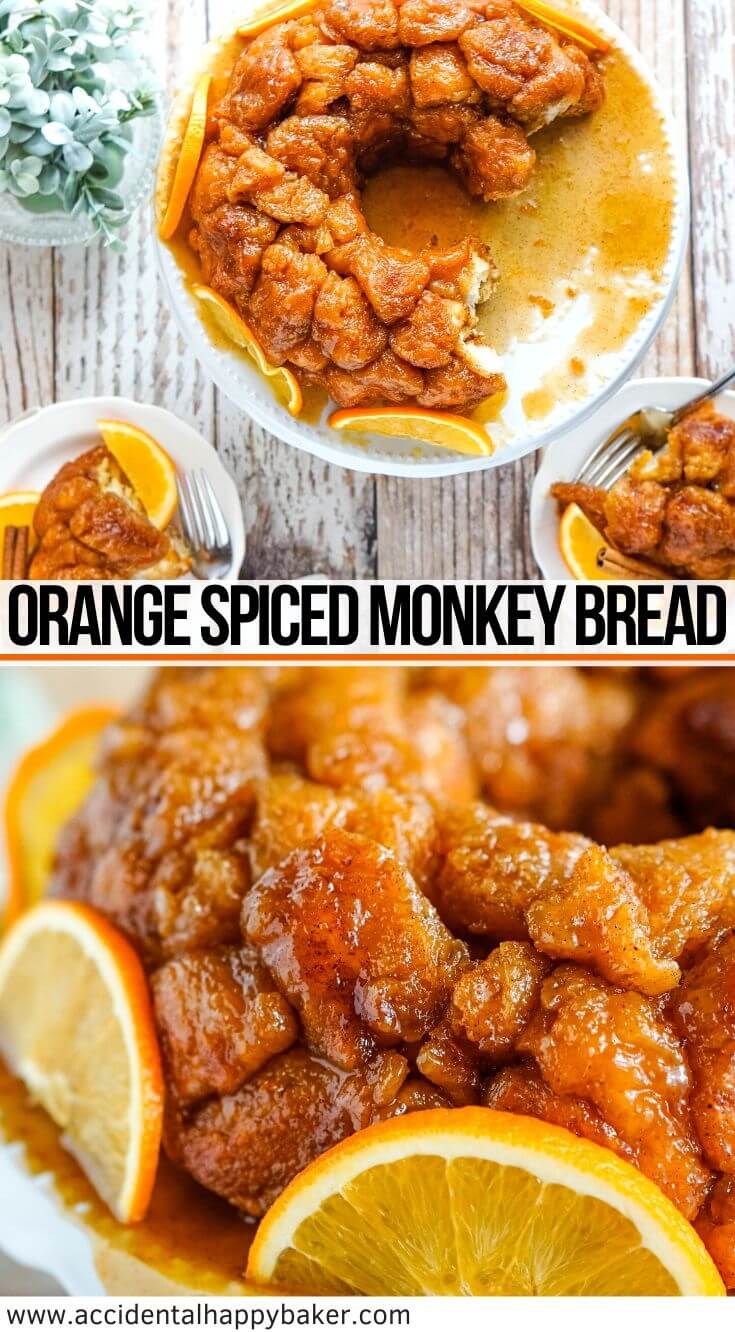 Accidental Happy Baker is a participant in the Amazon Services LLC Associates Program, an affiliate advertising program. As an Amazon Associate I earn from qualifying purchases at amazon.com at no additional cost to you.