Here’s something for you that is extra tasty, but you’re going to have to take my word for it, because it’s kind of ugly. I’m going to pretend like y’all are family and give it to you anyway and tell you that it might not be the prettiest, but it sure does taste amazing. 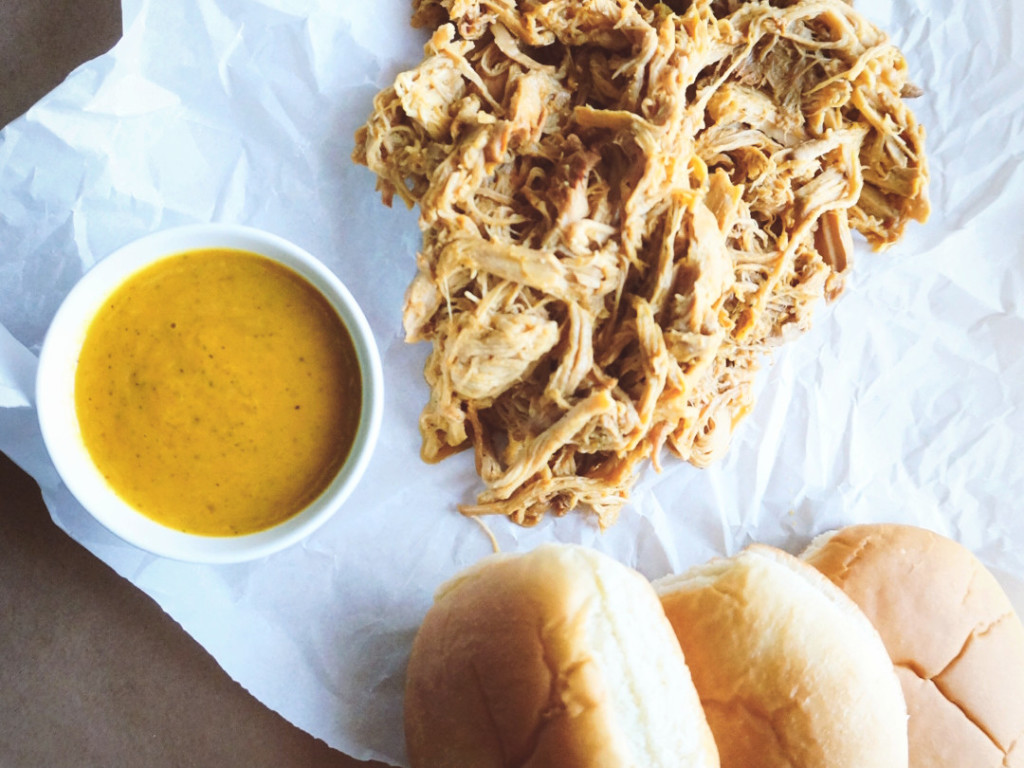 This Georgia peach mustard BBQ is fantastic poured over pork loin in the crock pot and slow simmered until the pork falls apart. It also makes a heck of a sauce for a bbq pizza. I like kind of Jackson Pollock-ing the mustard bbq and regular bbq sauce on the crust for pizza, now that is pretty. I’ve done that many times. Of course, none when I had time to take photographic evidence for the blog.

Mustard bbq sauce, it’s just not the prettiest thing I ever photographed. In fact, I never planned on posting these pictures. They are my shameful photos. I took them and didn’t like them. I wanted to let them waste away on my memory card. 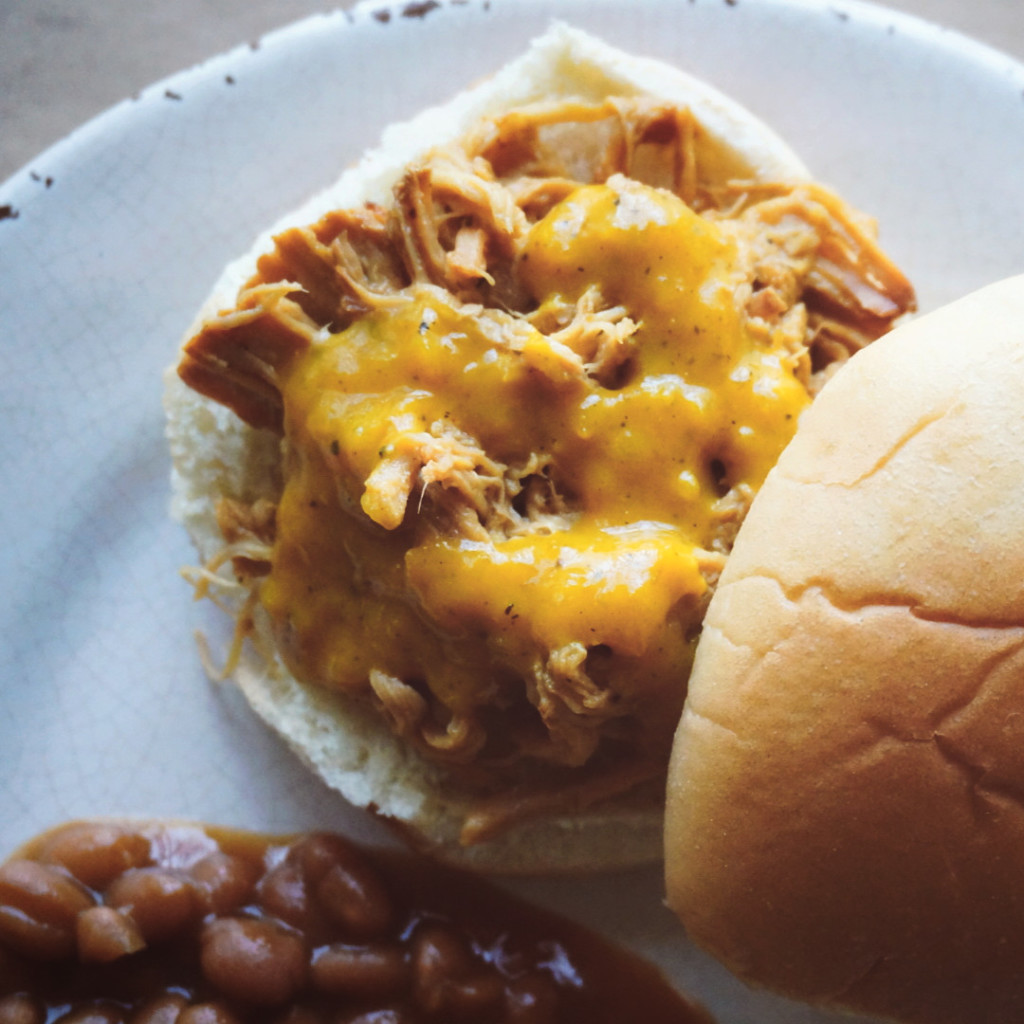 This week hasn’t gone the way I planned. I planned on having two days at home to work on cooking up as many blog post recipes as I could and getting a good stockpile of stuff photographed to get me through impending disaster area my house will soon be. A quick phone call shut that down. The contractor comes to start ripping apart my house NEXT WEEK! I thought he was coming around the 15th or 16th. At least the materials are ordered for this renovation. I couldn’t say that a few days ago. I think that it will all get here later than what he’s expecting.

What can I say?

There’s just been stuff.
House guests, sick kids, track meets, field trips, awards ceremonies and concerts. But above all the biggest challenge is hare-brained stressed out Amy in place of normal partly stressed out Amy. Hare-brained Amy does stuff that annoys everyone like screaming, “You’re ugly and I hate you!” at the computer after spending 14 hours searching for a light fixture to go over the kitchen sink. And you know, no one really even pays attention to lights over kitchen sinks. And hare-brained Amy forgets to go grocery shopping and accidentally makes broccoli cheese rice two nights in a row and serves inedible edamame that is so tough it has to be thrown away. Technically I could argue that the boys used it as ammo and shot it at each other before it got thrown out, so it wasn’t exactly wasted.

Oh yeah, and also, some Beavis has been trying to hack my blog. Quit that ya big turd bucket! (Needed to get that off my chest.) 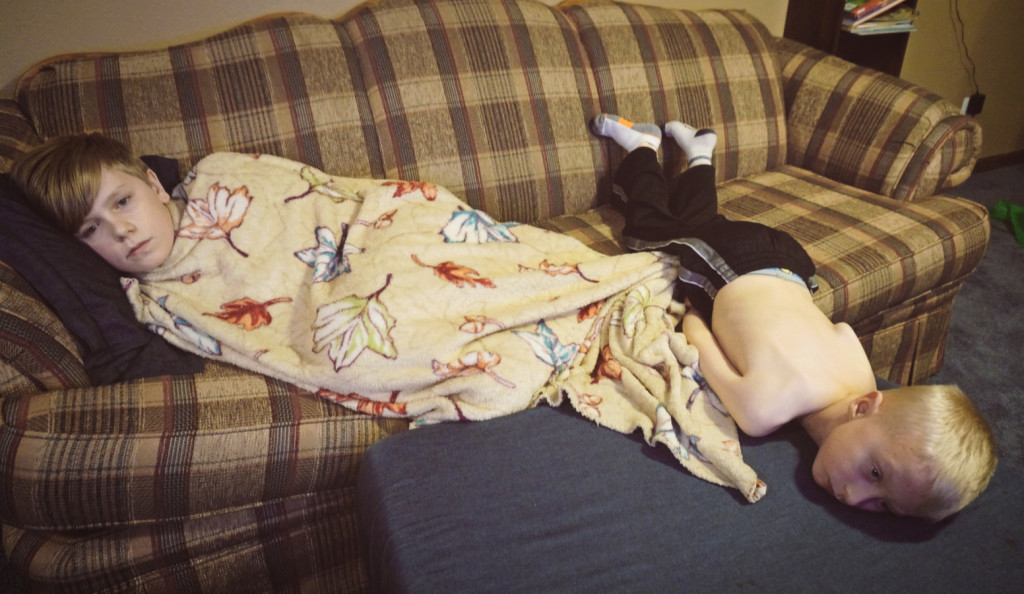 Okay enough with my negativity. Let’s talk positive. This bbq sauce is completely different in a good way. It is sweet, but not overpowering, with hints of peaches and honey. It is smoky and has a nice little peppery bite to it. It is mustardy, which is yellow. Seriously, how do you sell mustard? It is tangy and zippy and perfect for your labor day cookouts. Make ya up some Georgia peach mustard bbq pulled pork, ribs, or chicken. Mmm…
Or wait, I think I mean memorial day, the one at the end of May.
That one.
My brian is fired. I mean my brain is fired. Fried. My brain is fried. Speaking of which, hare-brained stressed out Amy also made fried eggs for dinner too many times to count lately 😉 including fried eggs on cinco de mayo which I cleverly called heuvos frito. It counts. 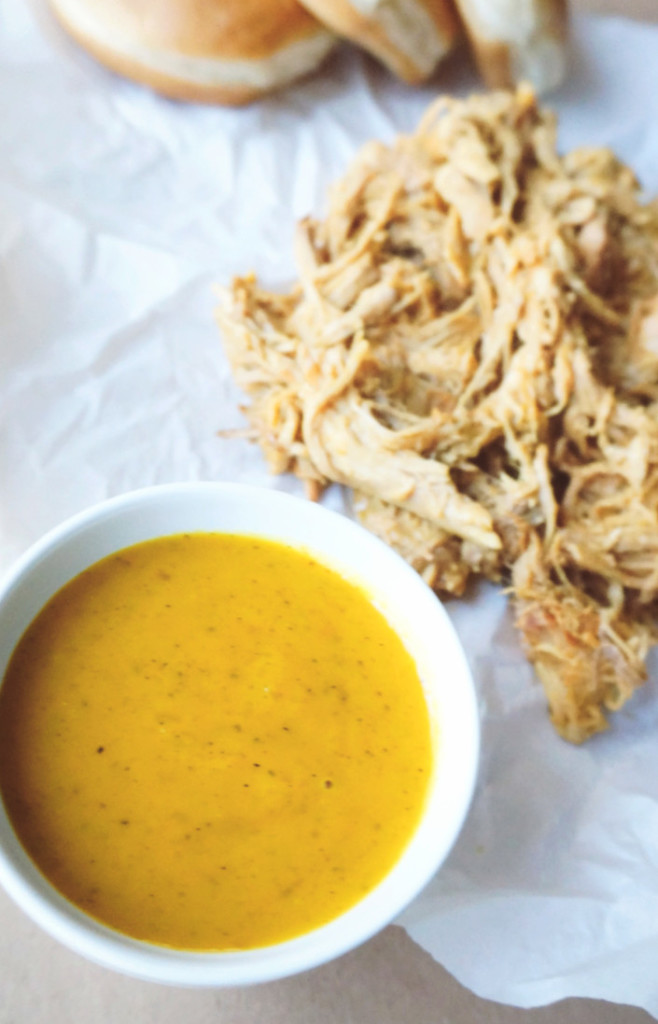 I enjoyed this sauce. How long should it last in the frig?

Oh my, that looks and sounds amazing! I can't wait to give this a try! By the way, I love the design of your blog! It's so clean and pretty! :)

Thank you Alison! I hope that you enjoy it. And also thanks for the compliment. Funny story, when I was working on the design for the blog, I didn't realize that my computer displays colors differently than most. So I had no idea that my header was that salmon color and green! But it works and I like it anyway. Haha.

Well you have had a GLORIOUS week, haven't ya? Oh my gosh Amy!! JUST what you need right now...

I really hope that turd bucket is far far away by now! And I don't see how you thought those pics were awful? I think they are gorgeous and make me want to buy plane tickets, grab a cab and end up on your front door to eat them.

Thanks so much Chris. I has indeed been a week and if I could take you up on that lending hand I would. The contractor started today and I can tell you there is going to be so. much. work for me to do after he is done. Thankfully though the kids are all on the mend.

Yummo! This is all very good, but it would have been worth the read simply for this: "Oh yeah, and also, some Beavis has been trying to hack my blog. Quit that ya big turd bucket! (Needed to get that off my chest.)" Hope that's all resolved now, or do we need to all gang up on turd bucket?

Thanks Bonnie, for the moment it seems to be resolved. I hope it is resolved. If not, I know we could form a fearsome lady blogger gang to take on the hackers. ;)