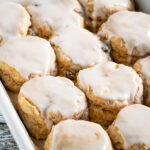 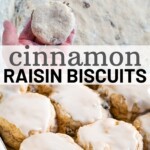 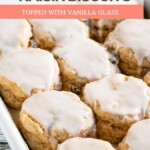 These tender and sweet cinnamon raisin biscuits full of plump raisins and topped with a creamy vanilla glaze taste just like those famous fast food biscuits you remember. 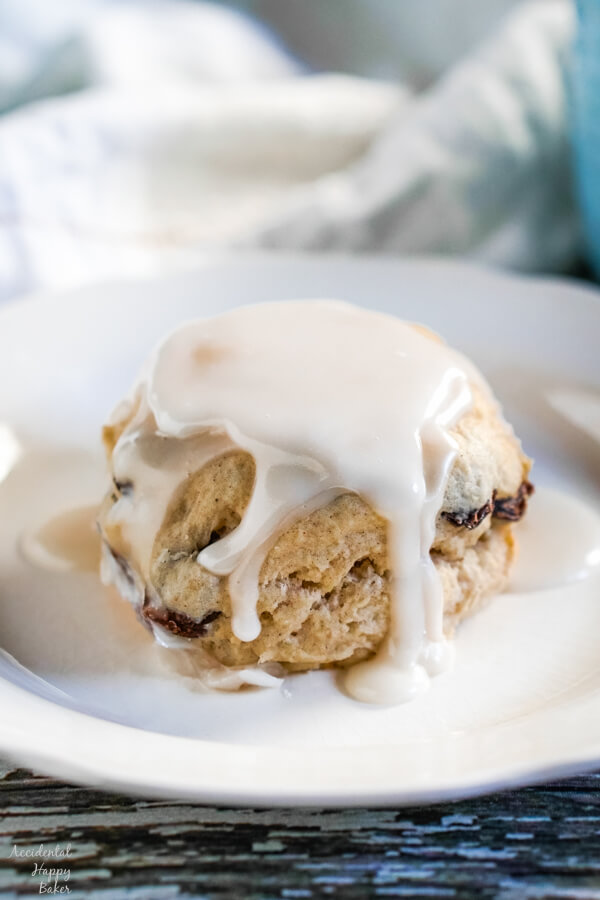 You know what I used to love when I was a kid? Cinnamon Raisin Biscuits from Hardee’s. My grandma would buy them for us.  I had the California Raisins toys and even bed sheets. Yes, my 80’s childhood is definitely showing. And looking back, how weird is it that they made cartoon raisin bed sheets?

Now that I’m grown, I don’t live in a town with a Hardee’s but I still crave those soft and tender cinnamon raisin biscuits, warm from the oven and covered in vanilla glaze. So I worked up my own copycat recipe and I have to tell you, they are pretty dang good. That’s not just my opinion, I took these bad boys around town to get unbiased opinions on how close these taste to Hardee’s Cinnamon Raisin Biscuits and everyone who has tried them agrees.

There are 2 secrets behind these tender cinnamon sweet biscuits.

The secret to plump and juicy raisins in any baked good is this…A good soak in hot water to plump them back up!

Heavy cream. Heavy cream acts as the fat in these biscuits. It takes out the step of cutting the fat into the flour mixture, making these quicker and easier. But it also makes the glaze on the tops just a little richer.

How do you make Cinnamon Raisin Biscuits?

How to freeze Cinnamon Raisin Biscuits:

Evenly space the unbaked biscuits on a baking sheet without the sides touching. Cover with cling film and freeze until just frozen. Transfer to a Ziploc bag and remove all the extra air. To bake, place the frozen biscuits in a 9 x 13 baking pan and bake as directed but allow a few extra minutes bake time. Then glaze as directed. 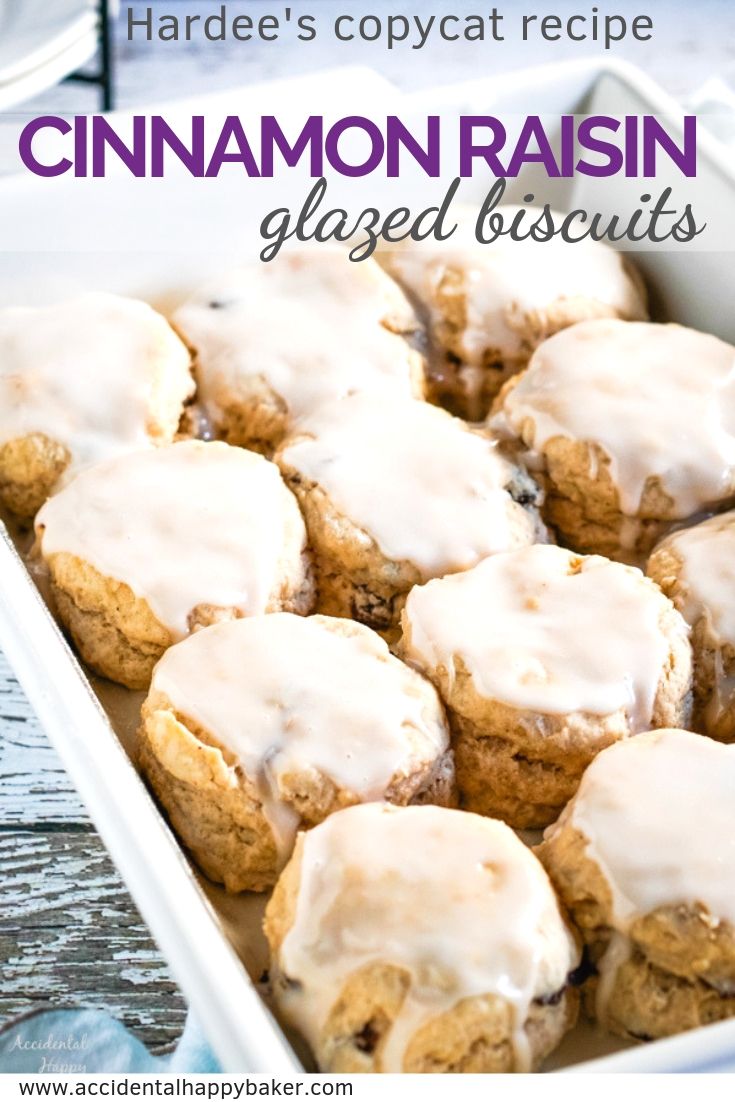 Accidental Happy Baker is a participant in the Amazon Services LLC Associates Program, an affiliate advertising program. As an Amazon Associate I earn from qualifying purchases at amazon.com.

These biscuits do not have the little bits of cinnamon. It’s not at all the same to add ground cinnamon to the mix.

Thank you for a great recipe. Easy to fix, doesn’t take much time, and has a great taste- Nice and tender. As usual I always have to fix double the amount of icing. Yes I did cut back on the salt a little bit. Very nice and definitely a keeper

Hi! Can you cut the salt back a little bit, would that make a difference?They were really good but a bit salty.

Yes, you can. Hope that you get them just how you like them!

These taste really good, but I think I over baked, trying to get them to brown. They got a little dry. Next time I will take them out sooner, brown or not. They are close to the real deal though.