The easiest. The biggest. The most delicious and giant chocolate cinnamon roll you’ve ever had. Loaded with melty chocolate, cinnamon and sugar and topped with cream cheese icing. 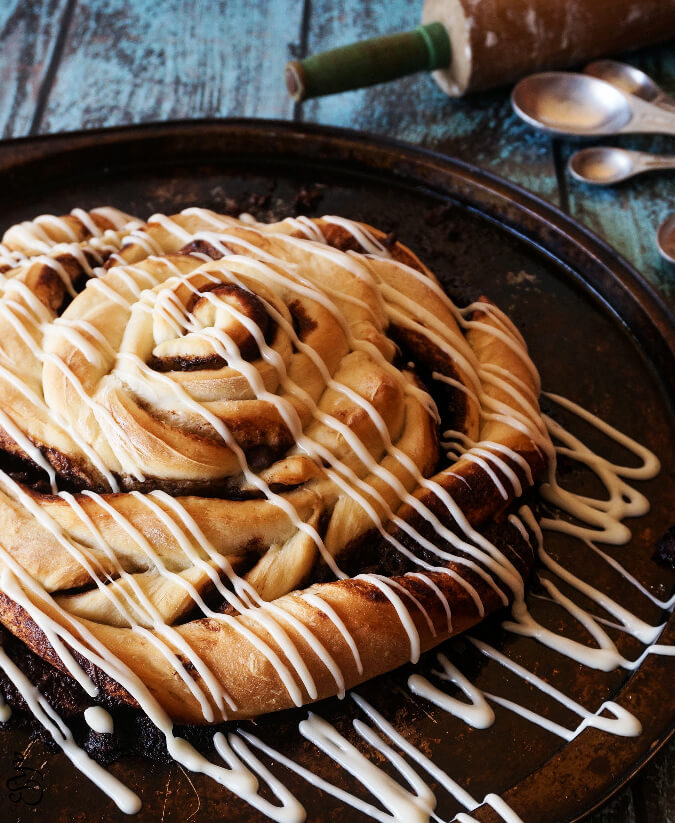 These super easy cinnamon rolls have become a favorite in my house that I like to make for an after-school snack. Anyone can make these cinnamon rolls, even people who aren’t very experienced with yeast doughs. These start off with frozen bread dough, which is quick, super convenient, and easy to work with. 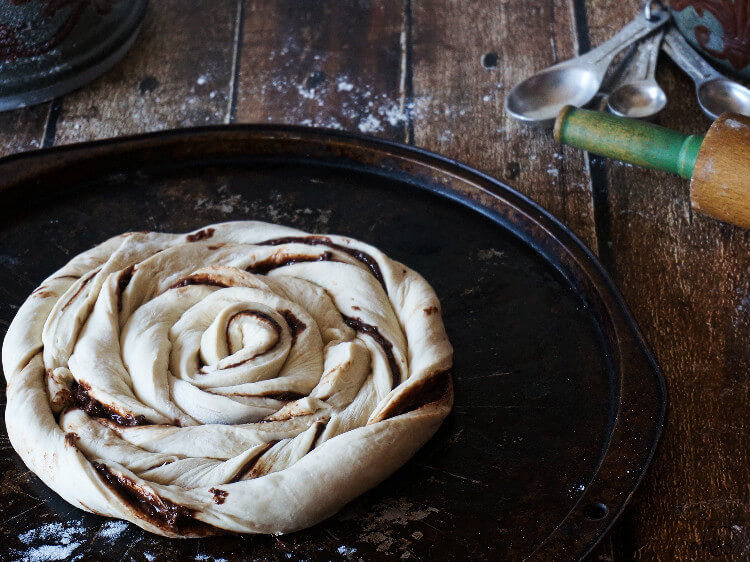 Let me tell ya, basically you roll out the dough, and spread on the filling, cut the dough into long strips, coil the strips into the rolls, bake them, and then smother them with cream cheese icing. Simple. 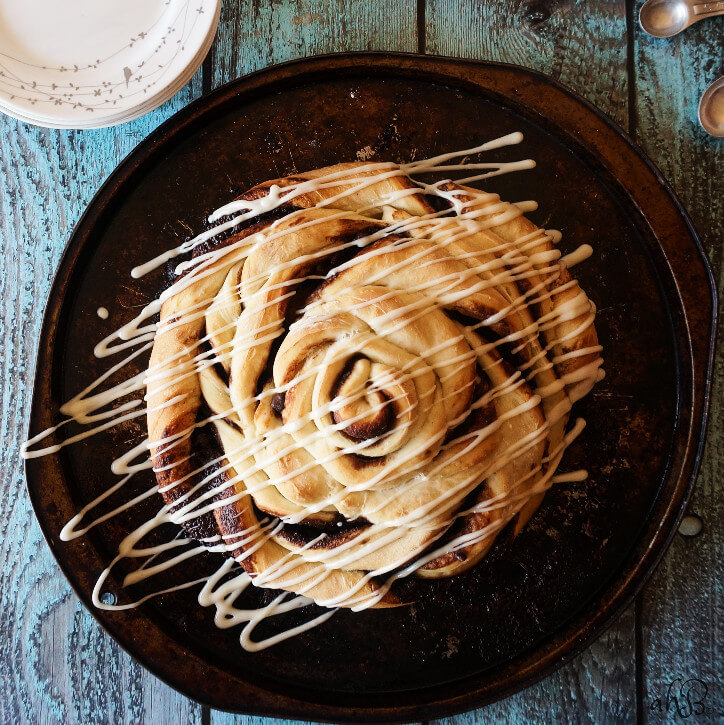 If you are baking a yeast risen dough in cold weather and having problems getting your dough to rise, simply boil some water in a small saucepan and place the pan of boiling water in the oven on the bottom rack, with the dough on the top rack in the oven. The steam off the water will create the perfect warm, draft free environment for your dough to raise. 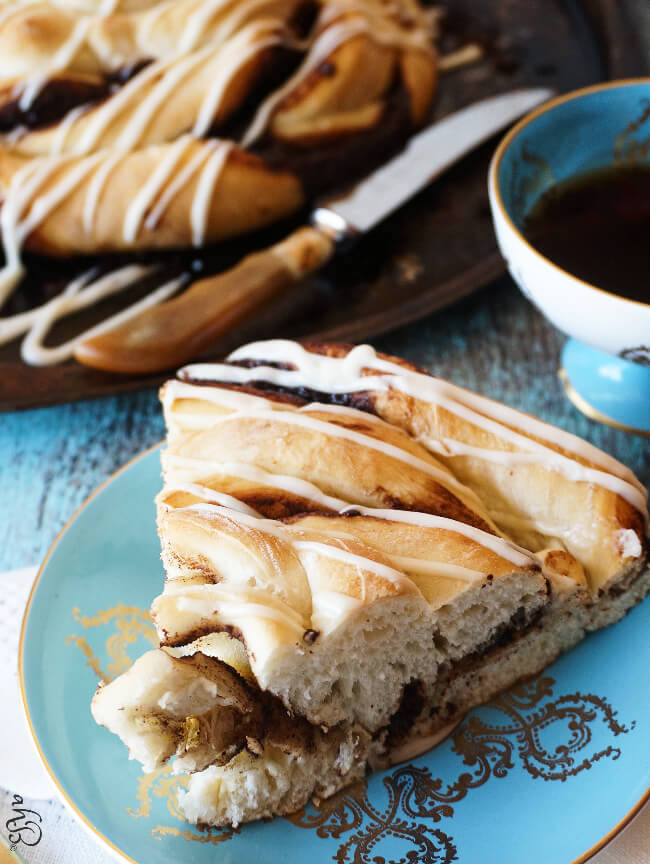 Although the recipe only makes 2 rolls, each roll will serve 4-6 people. Which makes it a great bake one, take one kind of thing. Trust me, if you take a plate of these to share with your co-workers, you will be their favorite.

Wow these look amazing! I can’t wait to try them. Did you come up with this idea, because it’s fantastic! Thanks for the amazing posts 😁

Just saw these on My Foodies and have to say that not only do they look so yummy, but your pictures are stunning!!!

Thank you so much! I have really been working to improve my photography, so that is a wonderful compliment to hear.

I'm so glad I came across your recipe and absolutely love the idea of a Giant Chocolate Cinnamon Roll :) looks absolutely Delish!

I can almost smell that cinnamon roll it looks so good.

Sam | Ahead of Thyme

Omg I need some giant chocolate cinnamon rolls in my life!! This looks so good!!!